Lance Armstrong is back; disgraced cyclist returns in book, film

As promised, the Cedar River Trail between Renton and Maple Valley is open for bicycling again. 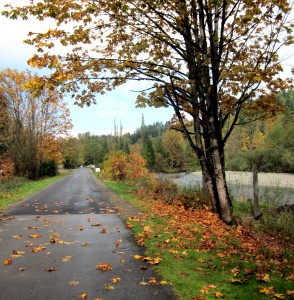 A half-mile stretch of the rail-trail was closed to bicycles and pedestrians beginning in July for a project that King County officials said would be complete in late September or October.

As it turns out, the reopening is timed perfectly for bicyclists who want to enjoy the fall colors along the trail. There are lots of big leaf maples and alders in the natural areas that border the river and they’ve just started to show brilliant colors — even on rainy days.

The trail also is a good place to watch thousands of sockeye salmon migrating upstream to spawn.

Crews spent the past few months shoring-up the river bank to protect the trail, Highway 169 and fiber-optic cable and other utilities from washing away. There were dangers that high flows on the Cedar River could scour away the shoreline on this bend.

The trail was closed between 16916 Renton-Maple Valley Rd. S.E. and the trail’s intersection at 201st Place Southeast. Because of the proximity of the road, the county did not provide a detour. Anyone who uses the trail to avoid riding in traffic wouldn’t have been able to ride the entire 17-mile length of trail between Renton and Landsburg.

The shoreline work looks pretty bare right now. In another bank stabilization project on the river, vegetation was added to help stabilize the riverbank and I’m sure that’s the plan here. 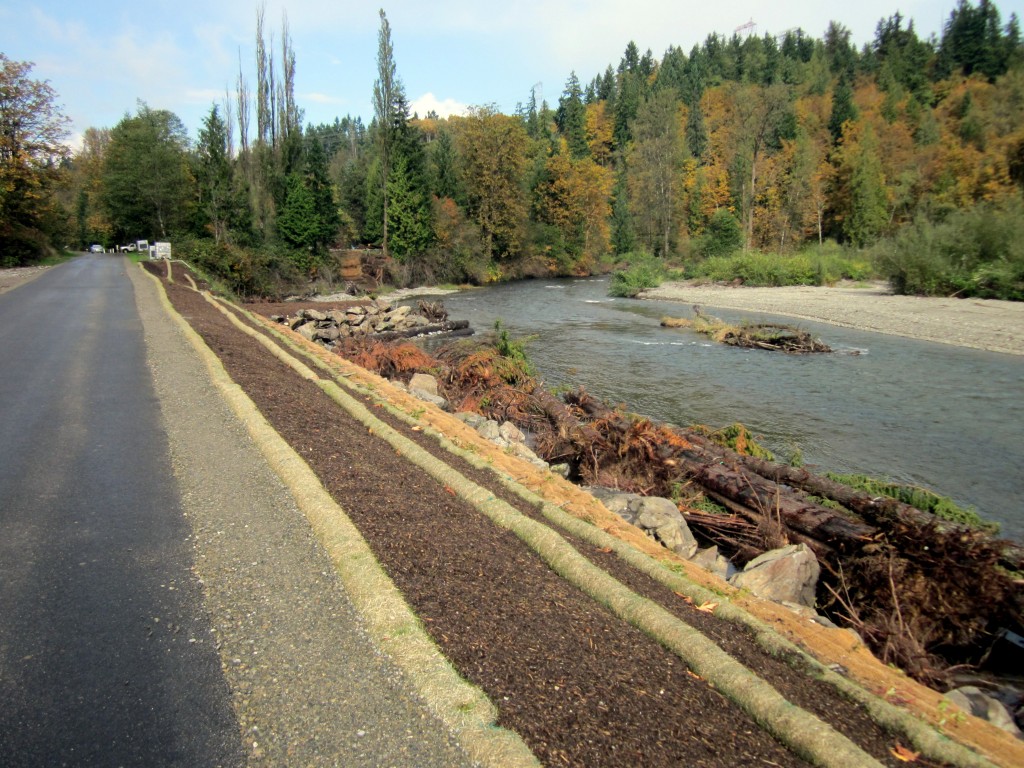 Permanent link to this article: https://www.bikingbis.com/2013/10/08/entire-cedar-river-trail-reopens-for-bicycling/